Expanding the sentence: subordination-the complex sentence (15/07hrs)
• 1n subordination there is an independent clause and one or more dependent or
subordinate clauses. Subordinate conjunctions –when, while, till, before, after,
because, as, if, unless, that, so that, etc.
• Three main classes of dependent clauses analysed by structural types:
– Finite clauses: verb element is a finite verb phrase, e.g. I like John because
John likes me.
– Non-finite clauses:
to-infinitive: The best thing would be to tell everybody.
All I did was hit him on the head.(infinitive without to)
-ing form: Leaving the room, he tripped over the mat.
-ed participle: Covered with confusion, we left the room.
Verb less clause: e.g. Although always helpful, he …….

If-clauses (15/08 hrs)
• Type 1: if – past tense-will
If you post the letter, it’ll get there by Thursday.
• Type 2: if- past perfect-would
If I had a million pounds I would probably go round the world.
• Type 3: if-past perfect- would have
If we had taken your advice, we would have saved a lot of time.
• Types of activities: Complete the conversation/ dialogue.

Cleft sentences (15/07 hrs)
• With ‘it’: we use cleft sentences to give emphasis to a particular part of the
sentence. It does this by splitting the sentence into two halves and ‘highlighting’ the
topic by making it the complement of it + be.
e.g. The Americans landed on the moon, not the Russians.
It was the Americans who landed on the moon, not the Russians.
• Cleft sentences with ‘what or ‘the thing (that)
What I really enjoy is eating chocolates. The thing that I ……….
Linguistics 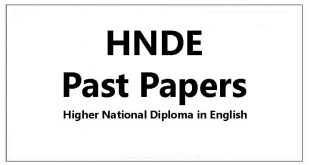 HNDE Past Papers and Marking Scheme 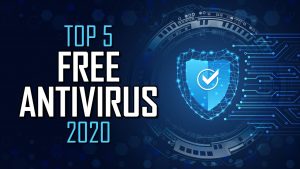 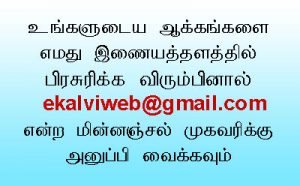